Traumatized: If you’ve experienced an extremely stressful or disturbing event that’s left you feeling helpless and emotionally out of control, you may have been traumatized. Psychological trauma can leave you struggling with upsetting emotions, memories, and anxiety that won’t go away. It can also leave you feeling numb, disconnected, and unable to trust other people. When bad things happen, it can take a while to get over the pain and feel safe again. But with these self-help strategies and support, you can speed up your recovery. Whether the trauma happened years ago or yesterday, you can make healing changes and move on with your life.

Emotional and psychological trauma is the result of extraordinarily stressful events that shatter your sense of security, making you feel helpless in a dangerous world. Traumatic experiences often involve a threat to life or safety, but any situation that leaves you feeling overwhelmed and isolated can result in trauma, even if it doesn’t involve physical harm. It’s not the objective circumstances that determine whether an event is traumatic, but your subjective emotional experience of the event. The more frightened and helpless you feel, the more likely you are to be traumatized.

The patient sat down and told me the condensed version of her life. An uncle attempted to rape her when she was 13 years old. She had been in a serious car accident, lived through a hurricane, suffered two miscarriages, had a gun pointed at her in a road rage incident, had more than one college professor try to exchange grades for sex, knew a close girlfriend raped by a stranger two blocks from her home, and watched her father die on the spot from a stroke. She referred to herself more than once by saying, “I think I was traumatized by that.” Was she traumatized?

There are three definitions of trauma. The narrowest definition from the Diagnostic and Statistical Manual, Fifth Edition (DSM-5) defines traumatic events as only those events that involve threats to a person’s life or witnessing such threats to loved ones. These events are typically sudden and unexpected. They are capable of creating a moment of extreme, sheer panic in which one fears for one’s life. These are the types of events that are most likely to lead to the development of posttraumatic stress disorder (PTSD).

In the largest study ever conducted on this topic, over 68,000 respondents were surveyed in 24 countries. Researchers found that 70.4% of the respondents had experienced at least one life-threatening trauma (Benjet et al., 2016). While life-threat traumas are certainly not everyday types of events for individuals, they are common events when considering a total lifetime.

The second definition of trauma is broader than the first and includes stressful events that are beyond the everyday experiences of most persons, but they do not rise to the level of life-threatening. These can include neglect, emotional abuse, bullying, divorce, moving to a new city or new school, and watching terrorist attacks on television. These types of events may lead to emotional problems but rarely, if ever, lead to PTSD.

The third definition of trauma is much, much broader, and can include nearly any type of everyday stress. These can include a traffic jam, a tough exam, being late for an appointment, or a loss by a favorite football team. Whether folks truly mean it or not, they refer to these events as traumas all the time. For example, “I was stuck in traffic for an hour. It was traumatic!”

Clinicians and researchers have tried to provide some clarity by referring to life-threat trauma as Big T trauma and non-life-threat stress as Little T trauma, but these terms do not have a lot of traction. We are stuck with the word trauma that functions much like the word torture. Folks can use the word torture for any life experience from the mundane to the extraordinary. Torture can mean systematic physical harm in captivity, or torture can mean the stressful experience of physical rehabilitation or torture can mean being a brokenhearted fan of a chronically lousy football team.

Which definition of trauma we use is important for communication. We need to be able to talk with each other and have words mean the same thing. We also need a clear definition of research. The research rests on the foundation that the things we measure have to be clear and replicable (i.e., operationalized), or else it is impossible to compare the results of one study to the next. In regards to PTSD, the relevant definition of trauma is the first definition-the narrowest definition of events that are sudden, unexpected, and involve threats to individuals’ lives.

Emotional and psychological trauma can be caused by:

Coping with the trauma of a natural or manmade disaster can present unique challenges—even if you weren’t directly involved in the event. In fact, while it’s highly unlikely any of us will ever be the direct victims of a terrorist attack, plane crash, or mass shooting, for example, we’re all regularly bombarded by horrific images on social media and news sources of those people who have been. Viewing these images over and over can overwhelm your nervous system and create traumatic stress.

Childhood trauma and the risk of future trauma

While traumatic events can happen to anyone, you’re more likely to be traumatized by an event if you’re already under a heavy stress load, have recently suffered a series of losses, or have been traumatized before—especially if the earlier trauma occurred in childhood. Childhood trauma can result from anything that disrupts a child’s sense of safety, including:

Experiencing trauma in childhood can result in a severe and long-lasting effect. When childhood trauma is not resolved, a sense of fear and helplessness carries over into adulthood, setting the stage for further trauma. However, even if your trauma happened many years ago, there are steps you can take to overcome the pain, learn to trust and connect to others again, and regain your sense of emotional balance.

We all react to trauma in different ways, experiencing a wide range of physical and emotional reactions. There is no “right” or “wrong” way to think, feel, or respond, so don’t judge your own reactions or those of other people. Your responses are NORMAL reactions to ABNORMAL events.

Trauma symptoms typically last from a few days to a few months, gradually fading as you process the unsettling event. But even when you’re feeling better, you may be troubled from time to time by painful memories or emotions—especially in response to triggers such as an anniversary of the event or something that reminds you of the trauma.

If your psychological trauma symptoms don’t ease up—or if they become even worse—and you find that you’re unable to move on from the event for a prolonged period of time, you may be experiencing Post-Traumatic Stress Disorder (PTSD). While emotional trauma is a normal response to a disturbing event, it becomes PTSD when your nervous system gets “stuck” and you remain in psychological shock, unable to make sense of what happened or process your emotions.

Whether or not a traumatic event involves death, you as a survivor must cope with the loss, at least temporarily, of your sense of safety. The natural reaction to this loss is grief. Like people who have lost a loved one, you need to go through a grieving process. The following tips can help you cope with the sense of grief, heal from the trauma, and move on with your life.

The patient at the beginning of my story believed in her mind that she was traumatized, but actually she was resilient. She did not have, and never did have, any true symptoms of PTSD. By the psychiatric definition of PTSD, she was not traumatized. She was not content with that interpretation, though—but that’s for another story.

What does being traumatized mean?

What can trauma do to a person?

What are the 3 types of trauma? 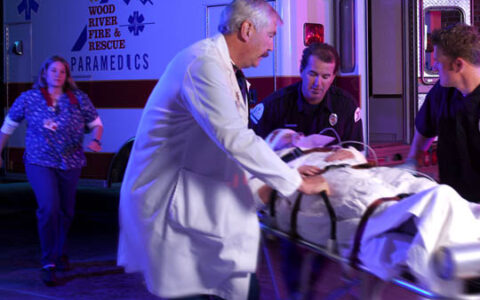 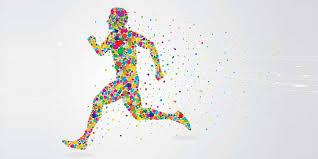